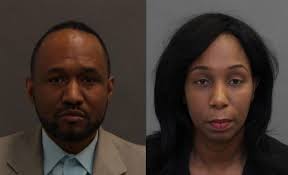 Fraud in the church continues to be a threat as recent stories have shown. These stories of Christian churches and fraud in the past 12 months should serve as cautionary tales of church fraud. In an ideal world, Christian churches shouldn’t have to worry about fraud detection and prevention, yet as these stories show, it would be wise for all churches to set up a secure church fraud protection plan. Many people trust that when they donate to a church or ministry, the money will be used for the benefit of others, and that trust is one of the most important reasons for fraud protection in the church.

Church fraud happens much more often than you might think. On July 17, the Toronto Star reported a local pastor and his wife, Marlon Hibbert and his wife Verna Michelle Hibbert, allegedly defrauded church members of $8.6 million. They presented a fake investment opportunity promising big returns. According to police, the pastor of the Masonic Church of God, the couple said they had a blind autistic son who was genius when it came to foreign currency investments. Telling congregation members they would get huge returns, the couple took in investments ranging from $10,000 to $60,000 or more. Their scheme was carefully planned – printing out phony financial statements, they made off with at least $4.6 million. They bought homes, cars, gym memberships. Thankfully, their church fraud scheme was detected, and both the Hibberts were charged with 38 counts of fraud greater than $5,000. The Ontario Securities Commission fined the couple nearly $1 million and ordered repayment of $5.6 million.

Fraud in the Church Can Be Hard to Spot

A more subtle example of fraud in the church is this one reported by CBS5 in Phoenix on Nov. 5, 2012, involving Pastor Tom Anderson of Living Word Bible Church. Anderson has been something of a financial guru, but when congregation members began investigating his financial advice, his books turned out to be ghost written. The ghost writer was Don Enevoldsen, and the two men had been working together to produce a dozen books, the most famous of which was “How to Become a Millionaire God’s Way.” Many congregation members who followed the “financial advice” of the two men lost upwards of $60,000. It also turned out that Anderson’s degrees, which he used to support his financial guru status, were from an unaccredited school and diploma mill later shut down by the Hawaii attorney general. While Tom Anderson didn’t directly engage in church fraud, he still used the trust of his congregation to for his own selfish reasons.

Church Fraud Outside of the United States

Church fraud isn’t confined to the U.S. The Associated Press reported on June 28 that Italian police arrested Monsignor Nunzio Scarano on suspicion of bringing in $26 million from Switzerland to Vatican City. This money laundering attempt was related to the Vatican Bank. Scarano reputedly was the middle man in a scheme to defraud Italian businessmen, using his status as a religious leader to gain trust.

Churches Need to Prevent Fraud to Preserve Their Ministry

Christian churches and fraud need not be synonymous. Avoiding fraud in the church means setting up church fraud safeguards. Being a good steward of your money means putting processes and systems in place to make everybody accountable for church funds. If you’re interested in setting up a fraud protection plan for your church, contact Weeds in the Garden and we’ll help you design the perfect strategy for your ministry!